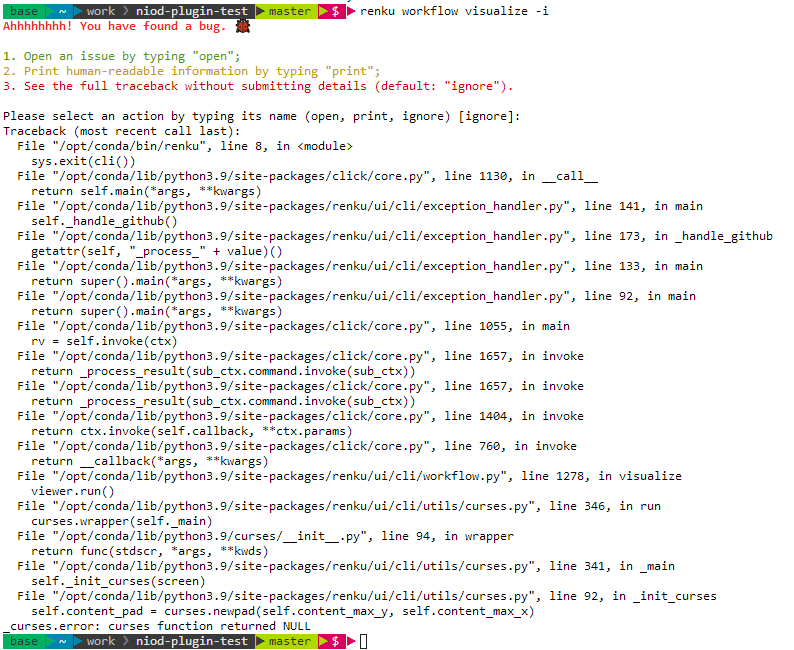 And I have also opened an issue on github since the discourse was not accesible for me at some point
( renku workflow visualize --interactive FAILS · Issue #3242 · SwissDataScienceCenter/renku-python · GitHub ).

Is this a known issue and can I do something about it?

Thanks @boaa-empa for reporting this! It certainly looks like a bug - would you mind opening an issue in GitHub - SwissDataScienceCenter/renku-python: A Python library for the Renku collaborative data science platform.? That would be much appreciated. Thank you!

Yes I already have done that. Issue 3242

I missed that somehow in your message above. Thanks!!